In Touraine, visit a jewel of the French Renaissance

The geographical location of our campsite, on the confines of Touraine and Poitou, is ideal for visiting some of the most beautiful Castles of Loire. For those who want to enjoy a visit to a magnificent castle from the beginnings of the French Renaissance, we also advise you to visit the castle of Azay le Rideau which is not far from the campsite “Le Petit Trianon”.

Castle of Azay-le-Rideau and its history

The first castle of Azay was built around 1119 by one of the first lords of the place, Ridel (or Rideau) of Azay (hence the name of the town) to protect the road between Tours and Chinon. In the Middle Ages Azay le Rideau was thus a fortified city with its castle built on an island of the Indre. In 1418, during the Hundred Years War, the fortress was taken and burned by the Dauphin Charles (future King Charles VII) following provocations of the troops of the Duke of Burgundy who occupied it (at that time the Burgundians were allies English people). 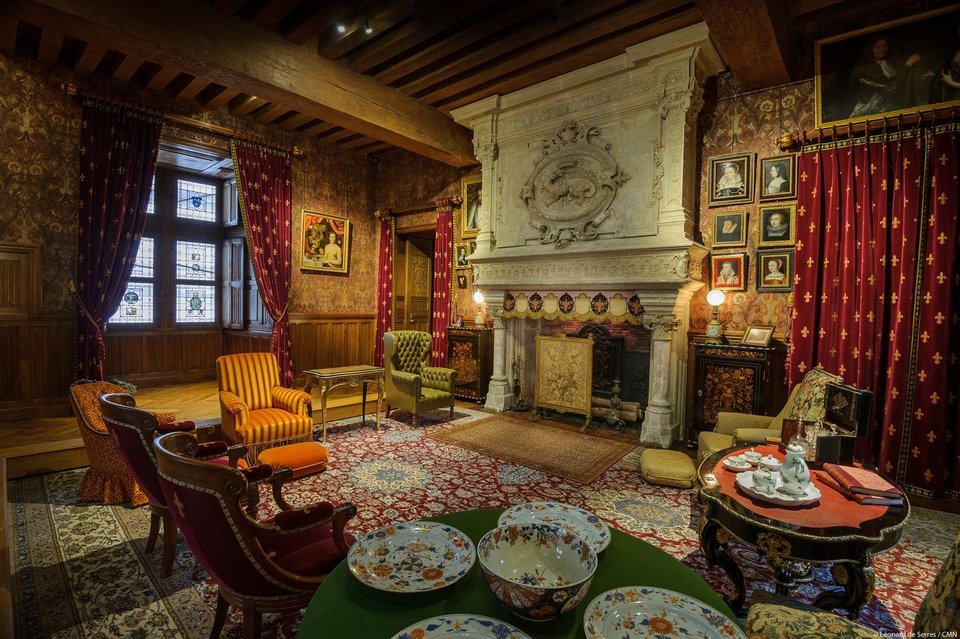 The current castle is built between 1518 and 1523 by Gilles Berthelot and his wife, treasurer of King Francis I. The castle no longer has a military role, it is a residential building and one of the masterpieces of the first French Renaissance. It was made on an island in the Indre on the site of an old castle and is naturally surrounded by moats.
Gilles Berthelot is compromised in a scandal in 1527 and prefers to flee France and take refuge in Lorraine He died in Cambrai in 1530 and his property is confiscated. This is why Azay is an unfinished castle, in the initial plan it was to form a quadrilateral but the two complementary wings were never built. It will keep its “L” shape so characteristic.
King Francis I donated the castle of Azay le Rideau to one of his companions in arms, Antoine Raffin, whose family occupied it until the French Revolution. 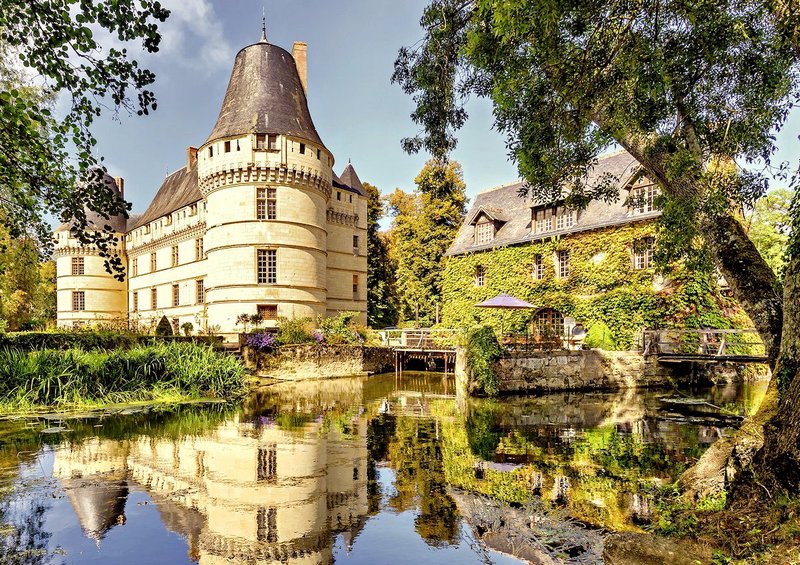 Located 2 kilometers from Azay-le-Rideau, the Château de l’Islette is composed of a long rectangular main building with three floors, flanked by two imposing towers, the castle by its architectural design and its location among the waters reminiscent of Azay-le-Rideau. Tradition has it that the Azay workers built Islette. It was completed around 1530.
The Islette is on the left bank of the Indre, a bridge crosses the main arm, showing on the left the old mill and on the right the castle.
Entering Islette is a step into the history of art since, in the 1890s, this castle sheltered the tumultuous love affair of the two great sculptors Camille Claudel and Auguste Rodin.